Tales of a VC dealflow

One of the mysteries of working in VC is what drives the themes that we see in our dealflow. I work at Forward Partners: an idea and seed stage eCommerce fund based in London. Given our focus, we tend not to see a large amount of fin-tech ideas or anything requiring a large amount of R&D or upfront cost for that matter. However even within the confines of our strategy we see the ebb and flow of ideas that are often interrelated and looking to provide similar products and solutions.

Why Research Is Important for a Strong Investment Strategy
01. 07. 2022 Guest Contributor 0 Com.

At the end of last year we saw a huge amount of food delivery start-ups. Intuitively it isn’t surprising that we see a large amount of these. Feeding ourselves is a) vital and b) a transaction that we make more regularly than any other, aside from transport in some cases. Clearly there is a good business to be made here – a look at Instacart (groceries) or Delivery Hero (takeaways) reveals investors’ faith in the segment. Slightly closer to home there’s Deliveroo, EatFirst, Gousto, Hello Fresh, and many more.

Broadly speaking, these businesses can be split into two categories: logistics-only and food-and-logistics. Logistics-only businesses have received more funding to-date probably because they’ve identified a need/want and executed well on a simple, scalable business model. There’s more complexity and moving parts in food-and-delivery businesses (Munchery, Gousto). There’s often more capital tied up in them too. The founders within the two categories also differ greatly. The logistics-only CEOs tend to be totally into algorithmic optimisation whereas their counterparts are often on more of a mission to improve our eating.

Moving to 2015 and the beginning of this year, I received a pitchdeck for someone wanting to ‘solve for eCommerce delivery’. The idea here being that because deliveries are inconvenient for many people this affects both conversion rates and revenue potential for online retailers. It’s a fair assumption; not every office is ‘delivery friendly’, people often aren’t at home and able to take deliveries and very few people have concierges. Once that pitchdeck arrived it was as if a Stargate had opened. Four more came that same week.

All five were variations on a theme – Collect Plus. Collect Plus has a network of a few thousand stores across the UK (supermarkets, news agents and off-licenses) where people can send and receive parcels from. They offer a level of technical integration in eCommerce purchase processes that has made them attractive to big online retailers. Collect Plus caters for smaller retailers (“the long tail”) but there hasn’t been widespread adoption. The startups proposed different user experiences – depot based evening delivery, utilisation of dry cleaning shops, and other UX improvements – with some impressive traction. My feeling is that there’s only room for one VC sized business (the potential for a minimum £100m exit value, preferably far larger) here. Collect Plus have gone a long way to cracking it having developed a good product and on-boarded the most valuable clients.

This year has also brought a flood of Magic and Jinn-alikes since the companies’ respective involvement at Y Combinator and Ignite. This is part of the larger trend of on-demand services no doubt due to Uber’s extraordinary success. Uber has also opened their API to outside developers which may have something to do with the explosion. In a similar fashion to Instacart’s key to success, the most important thing for many on-demand services is scale…and a great product and user experience of course. At scale, efficiencies can be unlocked and unit economics start to look good. It’s a game for investors with deep pockets and entrepreneurs with a stomach for the fight.

It is tough to know for certain what drives these trends but on the receiver’s side I definitely notice them and make every attempt to rationalise them. It’s actually wholly beneficial when themes emerge. It allows me a chance to delve into an industry and form an idea of its success criteria…my second favourite thing after talking to founders. Keep the ideas coming! 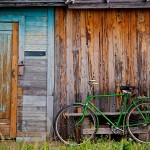 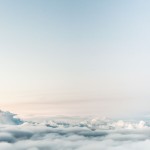 5 Top Tips for Effectively Managing Change in the Workplace