Finding great candidates for rolls in your company is never an easy task. In the past few years Social media recruiting has been taken up by entrepreneurs and startup companies, as job seekers begin to use social media as a major part of their job hunting process.

In fact 50% of Britons turn to social networks to find work, this statistic is from a study of Social media recruiting, by Adzuna.

A new survey from social job search engine Adzuna.co.uk reveals that more than half of UK job seekers are now using social networks as part of the job hunting process. With 2.5 million out of work and youth unemployment at a record high, Britons are turning to social networks such as Facebook, Linkedin and Twitter to get hired with a little help from their friends. The survey, conducted in Q4 2012, shows the beginning of a ‘Social Job Search Revolution’, with over 1 million job seekers in Britain now using social networks to find work.

Key Findings from the study:

Adzuna Co-Founder Andrew Hunter says “It’s clear that the way in which people look for work has changed dramatically in the last 2-3 years and it’s hugely exciting to witness how social media has quickly become an integral part of the job hunting process. The rate at which British job hunters have been registering for our social job hunting tool ‘Adzuna Connect’ has been staggering in the last 6 months, suggesting that 2013 looks set to be the year where job seekers fully embrace social networks to find their dream job.”

An infographic created from this study, click it to enlarge:

The Most Social Sectors for Job Hunting

This study compiled by Adzuna is not the first time they have crunched data for a public viewing. Adzuna’s data also powers the Number 10 Dashboard, used by the Prime Minister and senior officials to keep track of economic growth on a daily basis. To find out more about Adzuna’s, and it’s founders, please read the founders interview with The Startup Magazine.

If you would like to find out more about how to find your perfect candidate for free, see our article on how to beat the recruiter. 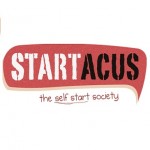 To hire or not to hire: How to conduct a job interview