The social market ezebee.com begins its second business year with a big crowdfunding campaign on the international platform Indiegogo. The first day of the campaign is scheduled for January 21st. It can be supported for 60 days with donations starting from $ 7 or just by sharing the campaign on social media and other communication tools.

ezebee.com was founded by Frank de Vries and Ossian Vogel as a free commercial platform for small businesses and freelancers. The website went live in February 2013 in an early Beta version. Now it is available in 7 languages and has registered users from 85 countries.

With funds collected during the Indiegogo campaign, ezebee.com will keep the services free of charge and will improve the existing functions. “Until March 2014 we would like to develop a full mobile version. Furthermore, we are focusing on a “local search” function to help users find ezebee Showrooms in their area. We will also expand our services to other languages and are working on new value added functions such as quotation and invoice module or specific search of suppliers and partners.”, reports Ossian Vogel, CEO and in charge of technical development.

Until now the platform was self-funded by the owners. Thanks to the Indiegogo campaign the platform will obtain additional financial support. Frank de Vries, CFO, about the crowdfunding campaign: “We have already helped a lot of people to help themselves with our project all over the world. Now we need their support and I am sure our Indiegogo campaign will be well received and will generate a united effect. After all, there are thousands of us on ezebee.com already and we can all give our support with small donations or just by spreading the word!”

It is easy to share ezebee.com’s Indiegogo campaign link through the social networks, with family and friends, and on social media. Every click will help! Every share will bring ezebee.com closer to its goal.

4 Thing to consider when moving to a new office 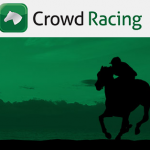