The Coming Tech Boom of Opportunity

Throughout history we have documented periods of change often driven to a varying degree by technology.  It appears we now stand poised at the starting line of another such period.  That being said, this time it is different. It is clear that this time there is a lot less (at least at this point) of what Allen Greenspan termed "Irrational Exuberance." However, the change will occur much faster, be more impactful, and be driven by not one but multiple technologies that enter an accelerated period of advancement and adoption in the same window of time - the next three to five years. Three of those technologies are the Internet of Things (IoT), wearable computing, and the vehicle (cars & trucks) as a computing platform.  Two of the major initiatives that will also contribute to this period of change are smart cities and smart homes.

Recently, IDC projected the IoT will grow globally from $1.9 trillion back in 2013 to over $7 trillion in 2020. Analysts at IDC also projects the global wearable computing market will top 125 million shipped units by 2020. Now add the projection that 220 million connected cars will be on the road by 2020 that was reported by Business Insider and you get a glimpse of the coming tech boom.  Stop for a moment and think about how IoT and wearable technologies could feed and be fed by smart homes!  Think about how the vehicle as a computing platform, IoT and wearable computing could feed and be fed by smart cities and smart homes. When you add all that up and get creative about how they could interact and play off of one another, you get a real vision of a tech boom like no other.  Most analysis and media coverage covers one primary piece of technology and plays little if any attention to sub-technologies that enable and feed the growth of the primary technology.  This multi-technology supported perpetuation is what makes the coming era of technological change so different and potentially so impactful.

The Entrepreneurial Journey; The Skills Neil Parsont Says Are Required to Be Successful
01. 12. 2022 Guest Contributor 0 Com.

The combination of these technologies and the initiatives are destined to create a period of time that is extremely exciting and full of opportunities for entrepreneurs as well as a very hot time for startups!  It is also important to keep in mind that during periods such as this the number of mergers and acquisition also increases sharply. We have already started to see that increase. Consider this statistic — in 2014 there were $214 billion in mergers and acquisitions of tech companies and that is close to the record set in the late 1990s during the last technology era – the Internet age.  The mergers and acquisitions tactic has become a much more important part of a corporation’s strategy.  In fact, in the last few years some major players made strategic venture-like investments in a few start-ups with the future acquisition of that startup in mind.  That is as long as startup evolves as the funding company had projected.

Organisations operating in the emerging technology development arena must move quickly but carefully or someone else can get ahead of them as this opportunity is attracting a substantial amount of activity.  Today technology development is much more global than it was during the Internet era. England, India, Israel and even Estonia tech startups are attracting a fair amount of funding including some from the United States.

Things are about to get very interesting given the numerous technology segments that are poised to enter into an era of rapid technological advancement and adoption by businesses, governments and the user communities. This is almost certainly going to go down in history as having the greatest period of technological, sociological and governmental change.  The speed with which organisations respond is likely to be the single most important factor that determines not just who is successful, but who survives and thrives! Are you ready? Will you lead, quickly follow or be pushed aside? 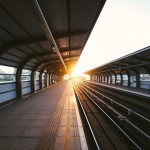 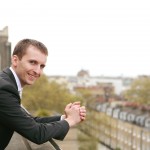