Can you really trust in perfection?

Can you really trust in perfection? The reason is that nobody is perfect, therefore anyone claiming to be has to be misrepresenting themselves. Making mistakes is an essential part of the human experience.  The test of a person’s character is not that they never fail, but how they react when they do.

For some reason here in the UK we have a stigma against failure.  In other countries, such as the US and Canada, people have a very different attitude. There, failure is seen almost as a rite of passage.

Failure, and our response to it, is something Reuben Singh mentioned during his speech at the Business Networking Show this year.

When Singh was on his way up, the media could not get enough of him.  They were all over him, singing his praises and feeding his ego.  Reuben Singh, according to the media of the day, was nothing less than perfect.  But of course nobody is perfect.

The problem is that when you have people constantly telling you that you’re perfect, there’s a very great danger that you will begin to believe it, especially if you are young and not very experienced in the ways of the world.

Confidence is an essential ingredient to success, but it can sometimes be difficult to discern between confidence and arrogance.  The latter is a destructive force that can cause you to make wrong decisions without questioning them.  After all, why should you examine your decisions if you are perfect?  Your decisions must also be perfect.

Somewhere along the way, Singh lost his step.  He attributes this to getting some bad advice, what he describes as “cheap advice”, and goes on to explain that while it was cheap to start with, it eventually became very costly.  So costly in fact, that he applied for bankruptcy.  The court was merciless, and the press, which at one time lauding him as their darling boy, turned on him with surprising vehemence and speed.

There was nothing mild about the treatment he received.  Frankly, looking back, it is amazing just how serious the attempts were to savage whatever reputation and dignity he had retained following his fall from grace.  And yet, he may have fallen, but he was far from defeated.

Like any great entrepreneur, he did not resign himself to failure.  He believed in himself enough to start over.  The media did their best to goad him, but he would not give them the satisfaction.  Once Singh sets his mind on something, he can be incredibly focused and determined.  It’s a good trait to possess if you want to succeed.

Within almost no time, he had established Isher Capital, and then took back the reins of alldayPA and built it up to become even more successful.  This year alldayPA will undergo a massive expansion, more than doubling its workforce.

The thing is, if you want to be perfect, the first thing you will have to accept is that nobody is.  What you really want to aim for is to be the best you can be in everything you do.  If you do that, there could be times when life throws things at you, but you remain true to yourself and your vision until you get through it.

This is the measure of a successful person.  It’s not that they never make mistakes, it’s that they never let their mistakes define them.  They are defined by their triumphs.

IT Considerations For Your New Business Start-Up 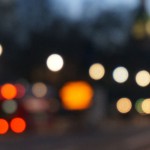 How to Get Your Start Up Paid On Time