Can entrepreneurship be taught?

‘Are Entrepreneurs Born Or Made'? Is it some magical ability that some people are blessed with as a happy result of the vagaries of the gene pool, while the rest of us mere mortals languish with no more power to affect our chances of startup fame and fortune than we might have to change fixed biological factors such as our eye colour or our height? Or is it something more befitting of the old cliche - “Where there’s a will, there’s a way”?

I recently found myself on a panel discussing this very topic; while said discussion’s location being Cass Business School should give some hint as to how the discussion was guided, I had been invited to represent the growing number of ‘Entrepreneurs-who’ve-never-studied-Business’. While therefore acknowledging my inherent bias, this experience has led me to strongly believe that you certainly can learn how to be an entrepreneur but - just like riding a bike or driving a car - ultimately the only way to do so is to be an entrepreneur; you have to “Learn By Doing”.

“That’s not how it’s supposed to be done”.

The whole point of a startup is to do things differently. In a lot of cases, knowing how something is “supposed to be done”, because that’s what you learned at Business School or while working at McKinsey, is entirely contradictory. Of course, there are a number of mistakes you’ll make that perhaps you’d have side-stepped if you’d had the benefit of that kind of education, but what CEO - however experienced - doesn’t make mistakes?

I didn’t have a clue what I was doing when I launched my first business at University and made a tonne of mistakes, but we still ended up processing just over £1m of sales which I would never have hoped for when we started out. Not knowing how something is meant to be done forces you to (if you’ll forgive the cliche) think outside the box, finding genuinely innovative solutions to problems, and ignoring or questioning well established protocols. Doing this while not being in the safety net of a classroom also adds a pretty compelling incentive - you find a solution or you ‘die’.

When faced with a problem, “The expert will go: I’ve seen this 100 times before; here’s what you do.’ Most of the time the non expert will come up with the same answer, because it’s not that hard. Sure, once in a while they will mess it up, but once in a while they’ll also come up with an answer that is totally new. And there is huge value in that.” Laszlo Bock, SVP People Operations, Google.

“You can’t predict the future”.

As anyone who has run one will know, it’s nigh on impossible to predict what will happen from one day to the next in a startup. This applies both in a positive sense, with unexpected opportunities arising , but also in a painfully negative sense, when something inevitably breaks at the worst possible time. However long you spend trying to anticipate these problems in a classroom, you’ll never be able to predict them all. You can never know what you’ll actually need to know until you get stuck in.

But, does this render a more ‘formal’ education entirely irrelevant? Of course not. However intelligent or precocious a young entrepreneur might consider themselves to be, there’s no way that I would have been able to intuit what a cap table is; the difference between pre-money and post-money valuation; the definition of a convertible note, and so on.

These are not terms you want to be hearing for the first time in a meeting with an investor, so you have to find a way to plug these gaps. Sometimes, that’s simply making sure you have someone on your team who does get these things, but equally there’s a huge variety of ways you can access this information directly these days - you just need the humility to go and seek these out. Learning by Doing does not mean not asking for help (all the time!) along the way.

Ultimately, it’s very easy to think “I’ll be better placed to do my own company in one more year”. In some ways you’re probably right, but that sentiment will apply equally well after that year has elapsed. At some point, you just need to take the plunge and see what happens - until then you won’t really know what you’re in for.

“Studying entrepreneurship without doing it is like studying the appreciation of music without listening to it.” Seth Godin 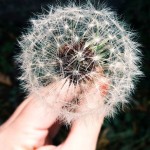 The Powr of Get In The Ring 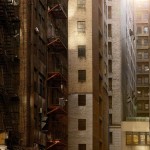 Collaborative communities — Where to learn and connect online