A Market for All Sports

The AllSportsMarket was created to help teach finance through sports.

AllSportsMarket is aimed at fans of sports, people with financial backgrounds, as well as people that would like to learn about finance, but have no interest in the ‘real’ stock market.

Jaden Garza of Nomad Internet Discusses the Origins of His Company and How It Became a Success
28. 07. 2022 Guest Contributor 0 Com.

We are the only Sports Stock Market game on the planet. We have patents pending in 148 nations protecting the concept of a sports stock market.  Being a new concept, nobody out there has anything like it, and we have made sure that nobody can copy it.

It came from our two founders, Ace and Chris. They had the idea about 13 years ago, to bring finance and sports together as one. With sports being as wide spread as they are, and finance making the world go around, their concept was solid right from day one. Today, it stands as AllSportsMarket.

Well the one concern that you always have with starting a new business is if you have a market. We knew from day one, that the market was there for this as sports fans are the biggest demographic on the planet. Tie sports to finance and you have a product that will generate interest on every corner of the planet.

From insiders and an angel investor.

What has been AllSportsMarkets greatest achievement so far?

We only have one programmer, and he has developed the App himself;  I think if you asked any of the people that are a part of this startup, that one of the biggest achievements was the App being accepted by Apple.

AllSportsMarket is owned by The New Sports Economy Institute which is a non-profit with 501 (c) 3 status which has kept the followers of ASM up-to-date with everything that has been in the works for many years.

How long has AllSportsMarket been in the making, and who is the team behind the business?

If you go back to the first sketches, that would be in 2001. Ace Underhill and Chris Rabalais are the main founders but we have many "unsung heroes" who have kept this alive through these last years.

With the creation of a new concept, it is a daily battle to cut through the noise of the media to get the word out to the masses. Finding people that understand what we are doing and having those people become the voice is the ultimate goal and the biggest challenge.

This year we would like to hit a million traders. We know it’s a big number, but our product is improving every day and as it grows, the customer base does too.

What has been your most valuable lesson so far since starting AllSportsMarket?

The value of tenacity. There is simply no substitute for not giving up. If you know you have something, stay on it. Don't quit. No matter what.

If you could give one piece of advice to someone thinking about starting a business, what would it be?
Make absolutely sure you understand your market and can reach them profitably. With all the promise of social media and such innovations, there comes a downside. The channel is noisy and hard to quantify. Do your homework. Make sure you can reach your market. 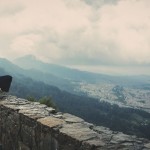 What is absolute Bliss 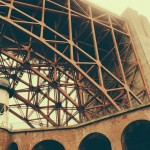