Entrepreneur Glenn Luckinbill, CEO of Swarm Robotix in Oswego, Illinois, had a great idea: a robot that would help move shipping containers more efficiently and effectively in ports and rail facilities. But there was a problem. He needed to take the idea and create a prototype to showcase to investors in just a couple of months. How was he going to find, hire, and train a team to realize his idea in such a short timeline? Then he remembered how impressed he had been with his son’s experience on a high school robotics team years before.

“I’d watched my son learn so many valuable skills—but then he had no opportunity to take those skills beyond the school program. I figured there were other students out there with the same skills and if we worked together, we would all benefit from the experience.”

Over the next few weeks, Glenn reached out to several nearby high schools and recruited fourteen seniors for a summer internship program. These students, who’d expressed interest in robotics through school clubs and participation in the Autodesk VEX Robotics program, had the design and robotics skills Glenn needed. They were excited to try them out on a real-world project that would also give them some work experience. 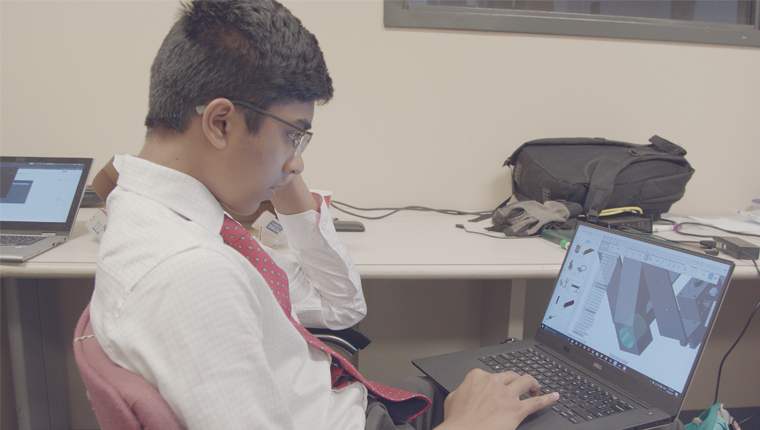 Student Student intern Gowtham checks his design once more before the big reveal.
Although Glenn had high hopes that this would be a beneficial program, he was amazed at how successful it turned out to be. The interns started orientation on May 30, and only four days later they had already completed the first design of the prototype.

“It was just astounding how quickly they were able to collaborate and come up with the design, get the designs optimized, and then create a virtual robot so quickly. It was incredible. Then they ordered the parts and assembled the robots—all by the end of June. So, within a 30-day period, we went from an idea to a minimum viable prototype.”

Glenn enjoyed watching the students work together to come up with creative solutions. Every day they were faced with challenges, and they collaborated to fearlessly test new ideas. Their perseverance and courage to explore enabled them to come up with inventive ways to solve issues. He was amazed at how self-governing they were. The students determined what they were each best at—what skill they would individually focus on to benefit the whole process—and self-organized into teams. Then they collaborated to get the work done. He was also impressed that they weren’t afraid to try, fail, and try again—they embraced risk-taking.

“These interns are very intelligent, and they have the ability to solve big problems even at this young age. We gave them the space and the resources to come up with the solutions, and they were very effective.”

Glenn wasn’t the only one who benefited from this relationship. The interns thrived in the fast-paced environment and built valuable skills and strong relationships that will ultimately help them as they move toward future employment. 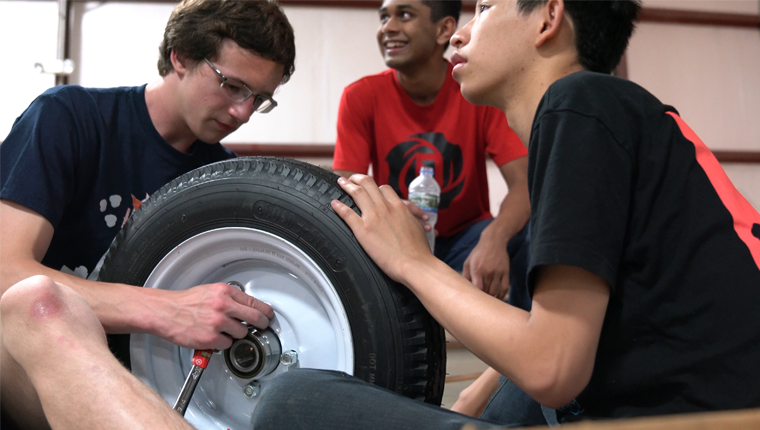 “Working with these guys has been a blast,” intern Gowtham Venkatachalam reflected on what it was like to collaborate with his talented cohorts. “It was very euphoric. I’ve met a lot of like-minded people, a lot of whom are my best friends today. We have the same interests and same passions and it’s a really fun environment to work in. So even when you’re working through a stressful problem, there are people around you that make that situation more fun.”

This experience also helped them push their skills to a new level and move closer to a career in robotics. Knowing that they were building skills that will be extremely valued gave them confidence that they were on the right path.

“There are supposed to be 500 thousand robotics jobs by 2020, so it’s definitely something I’ll pursue,” said intern Rishi Kalluri.

Team lead Nathan Post agreed that this experience helped fuel the passion he’s had for many years. “I’ve been very passionate about robotics programming and tinkering since I was a young child. And ever since joining the robotics team at my high school my freshman year, I‘ve just been in love with it.” And Nathan was quick to offer a little advice to any student looking to build robotics skills. “Always look to see what school robotics teams or programs are around you and get involved. VEX Robotics offers some great opportunities.”

Glenn was so pleased with this experience that he is already planning future internship programs and has big goals to take it to new levels. He thinks a program like this will be very beneficial, not only for the students, but also for society. He wants to continue to enable interns to solve real problems and bring new ideas to the marketplace, helping to bridge the transition from education to workforce. 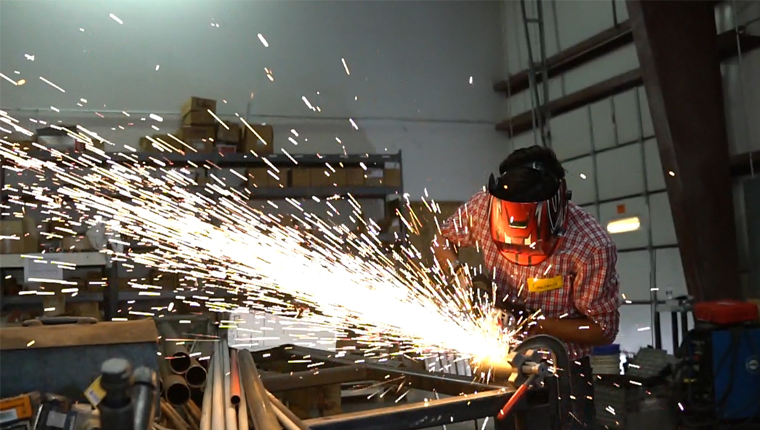 Student intern Gowtham works on one of the robot parts.

“Eighteen-year-olds coming out of high school typically don’t get an opportunity to solve problems utilizing technology. And we want to provide that space. We’d love to take this program national within five years and global after that.”

Swarm Robotix offered an incredible opportunity to a group of students who were filled with energy, curiosity, and excitement. And they performed beyond expectations. The interns created a minimal viable prototype within the tight timeline. They then presented it to potential investors with stunning results. Their excitement has continued beyond the night of the big product reveal to investors. As they start their first year of college, they reflect about a career in robotics.

“I think it’s going to be very hard for me to get away from robotics, even if I wanted to,” said Nathan. “It is a growing industry and field of study. Robots are going to replace people in many ways but that doesn’t necessarily mean fewer jobs. People will need to maintain those robots and design new ones.  So, robots will be part of everyone’s future. I think I just kind of got in before others.”

So are we, Gowtham. So are we. How to Innovate a Successful Product or Service?

During the global pandemic, many workforces learned how to better use several remote work tools available. For those already using

Effective marketing is central to the success of any real estate business, and even if you think your current tactics

What all Entrepreneurs Should Know About Personal Life Insurance Plans
28.09.2020, by Guest Contributor 0 com.

As an employee in a company, you have likely come across health, dental, and life insurance policies paid for by

What Construction Companies Need To Know About Accommodating Pedestrians
26.09.2020, by Veselina Dzhingarova 0 com.

Residential and commercial construction, especially in dense areas, often has to coexist with pedestrian traffic. Construction companies are responsible for